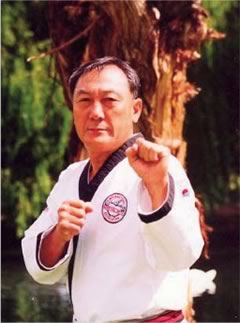 The International Martial Arts Association is an organisation of individuals whose goal is to further the art of Tang Soo Do while preserving the unique heritage and traditions of this time honored art. Members of the IMA work toward the proliferation of the art throughout the world, lead by Grandmaster Ki Yun Yi.

Grandmaster Ki Yun Yi, a native of Yong In, South Korea, spent his childhood years in a country devastated by the Korean War. At the age of nine, shortly after the war ended, he began his training in Tang Soo Do as a means of survival and self-protection. Among his early instructors were Master Song Si Kim, founder of the World Dang Soo Do Union, and Master Jae Chul Shin, founder of the World Tang Soo Do Association.

Grandmaster Yi excelled in martial arts and received his first degree black belt at the age of twelve. During the late 1960's and early 1970's he taught Tang Soo Do at the Osan Air Force Base in South Korea. He also distinguished himself in national competition, and in 1970 won the Korean National Championship. In a country with limited educational and economic opportunities, his career in martial arts was the vehicle that allowed Grandmaster Yi to emigrate to the United States in 1974.

At the request of the Korean Soo Bahk Do Moo Duk Kwan Association, of which he was then a member, Grandmaster Yi came to the U.S. to teach Tang Soo Do. He founded the first Yi's Martial Arts Institute in Woodbury, NJ in 1975. Having dedicated his life to the art of Tang Soo Do, he strives to bring the art to practitioners throughout the world and in 1984, he founded the International Martial Arts Association (IMA) in order to retain the traditionalism paramount to the true spirit of Tang Soo Do.

Grandmaster Yi is a moving force in the worldwide Tang Soo Do community and continues to teach in addition to managing the affairs of his organisation and member schools. In recognition of his work over the years, he has been featured in several martial arts publications, including Black Belt Magazine, Tae Kwon Do Times, and the UK's Tae Kwon Do and Korean Martial Arts Magazine.