Welcome to the Malta Tang Soo Do Association 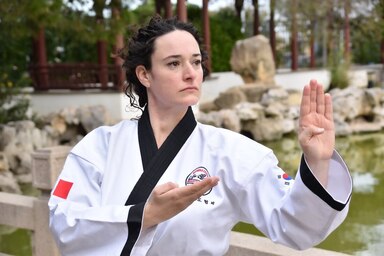 Tang Soo Do is a relatively modern martial art. However, its original basis, the Korean disciplines of Soo Bahk and Tae Kyun, date back many centuries. Tang Soo Do (which means, way of the hand of the Tang Dynasty) is a composite style influenced by the traditional Korean martial art of Soo Bahk, Northern and Southern Chinese martial arts systems, and the Okinawan discipline of Karate. The Chinese influences were Basic Training (Seh Bop - method of postures, Bo Bop - method of steps, Ryun Bop - method of conditioning), and form and combat applications ("Tae Kuk Kwon"). The Okinawan influences occurred primarily during the Japanese occupation of Korea (1910-1945).
Tang Soo Do kicking techniques are based on the ancient Korean style of Tae Kyun, which was later formalized by Grandmaster Hwang Kee. Tang Soo Do is both a hard and soft style, deriving its hardness in part from Okinawan Karate and its soft flowing movements from Soo Bahk and also Northern and Southern Chinese martial arts.
Although Tang Soo Do, and its tremendous combative martial arts applications, can be adapted to competition, "it is not a sport". As both a traditional and classical martial art, its primary focus is to develop the physical, mental, and spiritual aspects of the human being. Its primary purpose is on positive and enhanced character development, and the rejuvenation and prolonging of life.